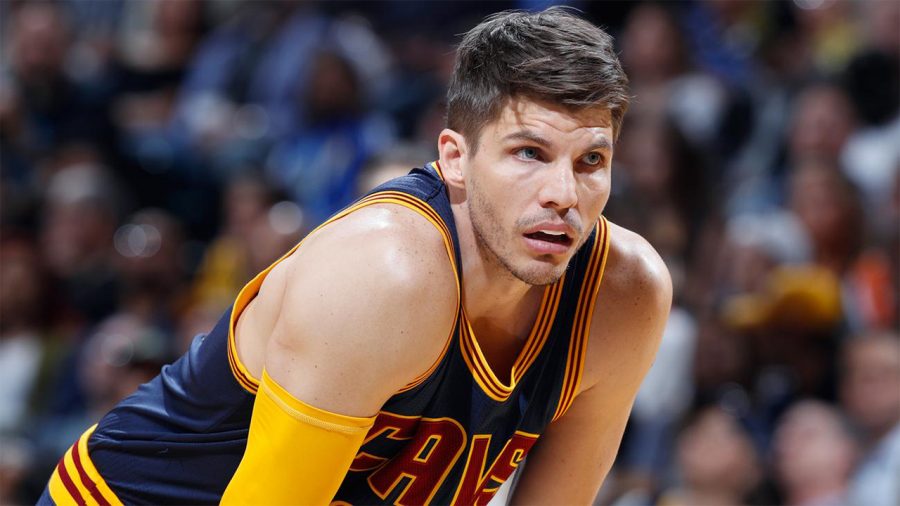 Cleveland Cavaliers shooting guard Kyle Korver comes from a string of basketball prodigies. His mother, Laine, once scored 74 points in a single high school game. Kris Korver, Kyle’s uncle, is the coach for Red Raiders of Northwestern College, while cousin Kari plays for UCLA. Younger brothers Klayton, Kaleb and Kirk all played Division I college basketball. Unfortunately, the Korver team recently suffered a devastating loss, as Kirk, 27, passed away on Mar. 20. of an undisclosed illness.

“Kyle has been excused from the team to be with his family,” the Cavaliers stated upon learning the news. “We extend our deepest condolences and heartfelt best to Kyle and his entire family as they go through this very difficult time.”

Even though Kyle has taken a leave of absence from the Cavs, his teammates have showered him with love and support.

“I have sympathy for my brother, for his family,” Lebron James tweeted. “My prayers go out to all the family and everyone who has anything to do with the family. The healing process starts now and we’re apart of his support group—he has a lot of support here.”

Kirk, the youngest of the Korver quartet, was a 6’7” star center at the University of Missouri-Kansas City from 2009 to 2014. During his college career, he scored 597 points in three seasons and appeared in 113 games with 50 total starts.

The devout Christian family of basketball lovers gathered in Des Moine, Iowa on Monday to remember the little brother they loved deeply.  Kyle stood with Klayton and Kaleb as the remaining brothers dedicated their eulogy to not only Kirk’s memory, but to their parents.

Kaleb, who was visibly emotional, focused on his sibling’s love of God and how he inspired many to follow Christ. He read Psalm 46, Kirk’s favorite passage, and praised his brother for his faith.

“He was such a man of God, so much of Jesus was in him,” he stated. “We’re just so proud of him—who he was becoming and who he was.”

Klayton, the brother who looked so much like Kirk, was next. Equally as emotion as Kaleb, he honored his brother by remembering his good heart, humor and religious zeal.

Kyle closed, more composed that his siblings, and even cracked a few jokes about his weeping brothers. But he reiterated what Kaleb and Klayton said, praising Kirk for his undeniable heart and passion, which made him cry just as much as his brothers.

“How do you make it without faith? Faith is real…Kirk had faith. His faith was good and his faith was real,” he said.

Kyle has since returned to Cleveland, though his city continues to mourn with him and supports him through this difficult time. And even though the Korver basketball team is down a player, they will continue to play together in memory of their brother, son, cousin and nephew.