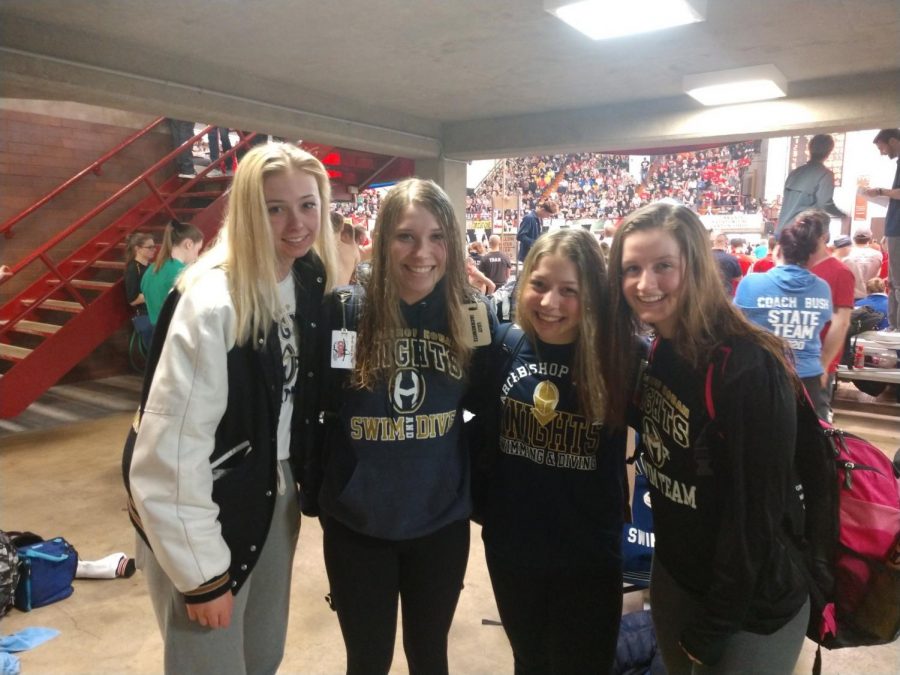 Despite this unfortunate end to their season, the girls were thankful for the privilege of swimming in a state meet, which is an opportunity few get to boast.

“[Racing in the state meet] was really rewarding for all of us,” Wyszynski said. “I was hurt at the beginning of the season and we thought we really had no chance of making it…and the relay, for a while, was not seen as a priority, but we worked through many challenges and that’s why it ultimately felt so rewarding.”

“After my race,” Zaucha added, “I felt very accomplished and content, but sad that this chapter of my life was over.”

This relay team has garnered success throughout their 2019-2020 season and has been preparing since the beginning to compete at states. They had a very impressive showing at the OHSAA Sectional Tournament on Feb. 7, which propelled them to an equally positive outcome at the District Qualifiers. Their seed time of 1:54.29 positioned them at 21st of 24 teams going into yesterday’s competition and, in a gratifying turn of events, their prelim race time of 1:54.12 broke their season record and moved them up three places to 18th.

“I loved moving on to states with Grace, Meg and Natalie [and] pushing each other to do our best and become closer as a team,” Jacknewitz said.

As impressive as these girls are in the pool, their academic success is equally notable. Even with countless hours spent swimming at Ocasek Natatorium and lifting in the weight room, each girl is well-known by their teachers and fellow students as a talented and impassioned student. All four have achieved Highest Honors in quarters one and two and are expected to perform just as well this quarter.