Humanitarian crisis at the southern border 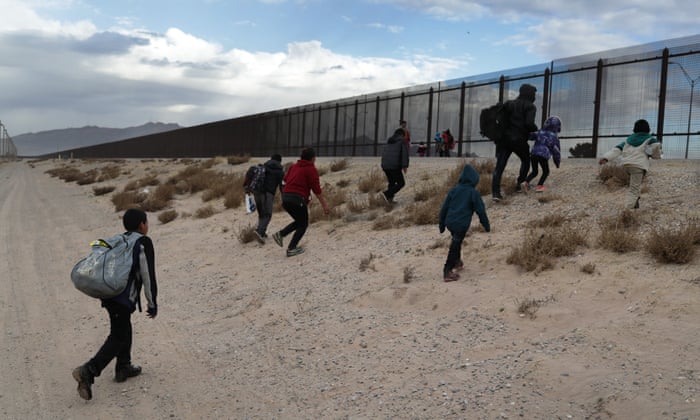 photo via The Guardian

Although the COVID-19 pandemic overshadowed other pressing crises, the persistent dilemma at the US southern border remained at the forefront of conversation and political rhetoric throughout the 2020 election cycle. While 2020 saw fewer arrests and detainments than previous years, easing coronavirus restrictions coupled with the Biden administration’s promise of a more humane immigration policy has allowed the situation to spiral to unprecedented levels.

The situation began to devolve in late February as thousands of migrants swarmed the southern border, hoping to find a warm welcome and the American Dream waiting for them. Instead, they found border patrol and ICE officials who, unable to keep up with the constant flow, struggled to find temporary lodging for these apprehended migrants.

Adding to these growing concerns, the overwhelming number of migrant children in detainment facilities skyrocketed 729 percent, with anywhere between 3,500 to 4,200 currently in custody. NBC reports over a 1000 of these children–already housed in facilities meant for adult detainees–have been held longer than the 72-hour limit with no set plan to move them to another shelter. These inhumane, cramped conditions are only heightened by the still looming threat of COVID-19 which many believe could ravage these facilities.

In the opening days of his tenure in the Oval Office, President Joe Biden stayed true to his campaign pledge of undoing his predecessor’s policies, rolling back funding for Donald Trump’s border wall and ending his “Stay in Mexico” policy. Two bills proposing pathways to citizenship for illegal immigrants currently living in the US have been brought forth in both chambers of Congress. Furthermore, the administration’s goal of presenting a warmer, more inviting atmosphere for prospective migrants has seemingly encouraged them to make the journey to the border.

However despite presumed preparedness in enforcing this immigration platform, the Biden administration’s response to the worsening situation has been slow at best. The Hill reports that as of March 15, Homeland Security Secretary Alejandro Mayorkas authorized the Federal Emergency Management Agency (FEMA) to add in the relocation efforts–nearly two weeks since the situation evolved to crisis level. The Centers for Disease Control and Prevention (CDC) also chimed in by loosening COVID-19 restrictions, allowing housing facilities to return to full capacity despite the still present pandemic.

Leading Democrats, including President Biden and the administration, have also been slow to label the situation a humanitarian crisis. Press Secretary Jen Psaki danced around the issue at recent daily press conferences, describing it as a “problem” and “challenging situation.” However, as new statistics highlight the inhumane practices, prominent Democrats join Republicans in a call for greater aid to the children at the border.

In his recent trip to observe the situation firsthand, House Minority Leader Kevin McCarthy called on President Biden to travel to the border and view the crisis for himself. While no plans have been made for a visit, in an interview with ABC News, Biden called for all migrants to remain in their countries, asking them not to come at this time.

Although the response has been slow, hope appears on the horizon for the current humanitarian crisis. However, without long-term bipartisan reforms, it appears this persistent southern-border immigration crisis will unfortunately continue for years to come.