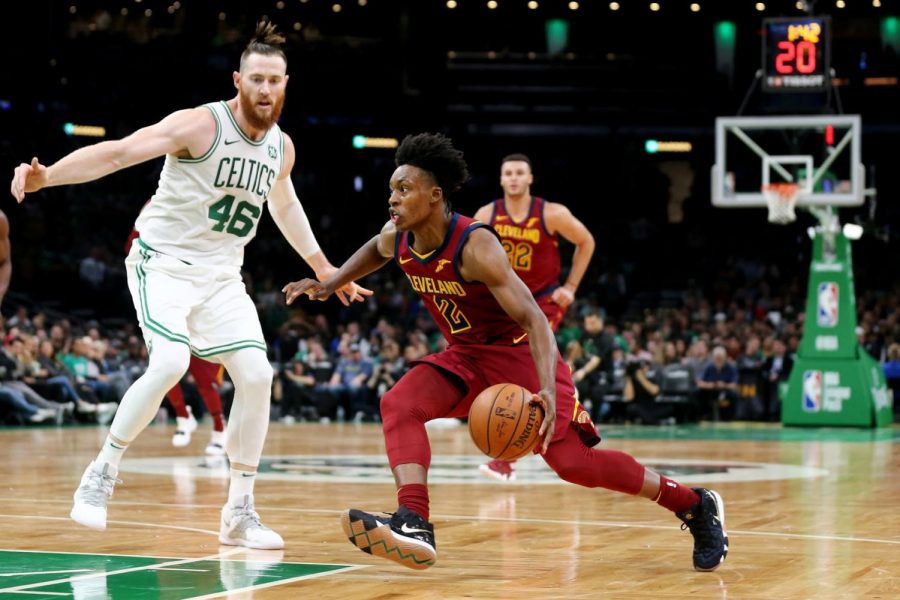 Jul. 9— a true nightmare for Cavalier fans everywhere. The day that seemed inevitable after a disappointing playoff run, yet a day that still broke hearts all across Ohio.

The day that Lebron James left.

“That man was the saving grace of Ohio and now he’s gone…you hate to see it,” senior Cole Sukys said.

As a leader both on and off the court, James’s now missing unmatchable talent and drive will surely affect team morale and performance. However, the 2018-2019 season may not be as dreadful as naysayers believe.

“The Cavaliers are going to take a huge step backward, that’s not news or shocking, but to think the Cavs will fall off the map might be misplaced,” basketball insider Steve Kyler said. “Kevin Love is an All-Star, and he still has a lot of proven guys around him. The Cavs draft pick, Collin Sexton, should get all the opportunity to be the next guy and has star potential.”

Love, who averaged 17.6 points per game last season, will replace James as the team’s all-star and start in the power forward position, utilizing not only his height but also his shooting abilities. Fans feared Love would follow in James’s footsteps, yet the UCLA grad plans to lead the Cavs out of what may be a dreary transitional year.

Someone else who wants to be a part of the comeback, rookie Collin Sexton, may just be Cleveland’s new poster boy. The new kid on the block from Alabama averaged 19.2 points per game and 3.6 assists in college, making him a young offensive powerhouse.

“Collin is explosive. He can get into the paint. He can make stuff happen,” Altman said of the SEC Freshman of the Year. “He’s fast in transition. I think that just having another play creator is a big deal for our team.”

Love and Sexton aren’t the only playmakers on the roster. With veterans such as Kyle Korver, JR Smith and crowd favorite Cedi Osmun, the team will look to them for guidance and leadership throughout the season, while new additions Ante Zizic, David Nwaba and Kobi Simmons will bring a fresh energy to the court.

Ultimately, Lebron James can never be replaced. The St. Vincent-St. Mary grad’s determination and sheer talent only comes once in a lifetime, and Cleveland should be grateful for the blessing he has bestowed upon his hometown. Under veteran leadership, the teams’ youngsters should be able to provide a new and exciting zest to the Cavs, allowing hope to bloom even after such a nightmare.