Your Weekly Horoscope: What NFL Team are You? 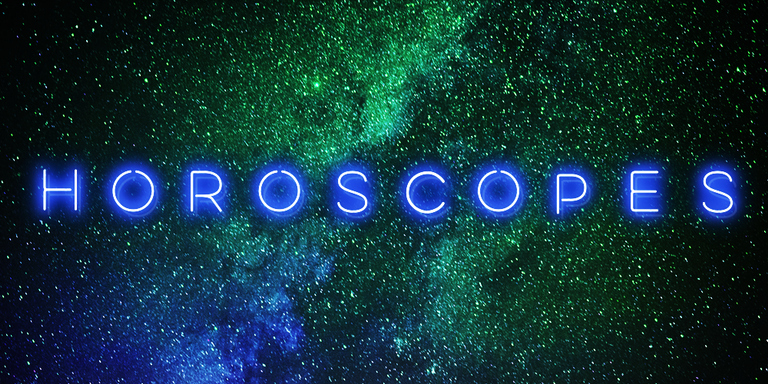 Aries, Aries, Aries, like the Steelers, everytime people think you’re slowing down, you speed up! When Hines Ward retired, Steelers fans were worried, but then Antonio Brown rolled in and saved the day! When they were looking at a potentially subpar 2017-18 season, they drafted Juju Smith-Schuster and another winning season was born! Now with Big Ben late in his career and the star running back looking for greener pastures, many fans are worried about the future. Don’t worry Aries, like the Steelers, you may not think your future is looking too bright, but don’t fret, you’re destined for excellence!

The Indianapolis Colts exude classic Taurian loyalty—just sneak a peek into their team shop, and you’ll find Peyton Manning memorabilia, even years after his departure to Denver. Now, the city’s allegiance lies in quarterback Andrew Luck, who unfortunately was out for the 2017 season while recovering from shoulder surgery. With a 4-12 record, Taurus, you’ll have some better luck than the Colts. You both exemplify determination strong enough to win Super Bowls, so keep striving towards your goals.

Baltimore, no one really knows anything about you, yet you either compete for the playoffs or attain high draft picks. Just like you, Gemini, Ravens go after their goals and get what they want. Maybe you will be inspired by the Super Bowl Blackout and cause a little mayhem of your own. Maybe not something quite as extreme, but just a lil’ something that turns the table in your favor. Either way, get it done, even if it means taking a play from the Ravens’ playbook.

Just like the soft bandwagon fan the Saints accrue, Cancers attract people indirectly. Seriously, if you ever come across someone who hates Drew Brees, cut them out of your life. Drew Brees, perhaps the nicest person in the NFL, is a Cancer. Your sunny side of life mentality puts a bright spot on anybody’s day. You do so much for everyone else, just take a moment for yourself!  You’ve earned it.

Like the Seahawks, everyone either loves you or hates you (but mostly loves you–or so you think). What’s not to love? A quarterback who’s married to Ciara, the 12th Man and probably the coolest, even the most outgoing jerseys in the league. Let everyone get to know the true you Leo. Maybe lose a little bit of the flare, step back and just listen for the week. The Seahawks never really do anything in the off season anyway, so this week can be your off-season. Take a nap on a Sunday or just read a book. Any way you spin it Leo, just relax!

Your history Virgo has always been good, not great. Before this month, it even appeared to be on the downswing. But like the Philadelphia Eagles you picked yourself up by your bootstraps and did the impossible. You have earned every right to celebrate, so go buck wild. Don’t worry about anyone judging you Virgo, go celebrate yourself in the craziest way possible: Dilly-dilly.

Libra, you’ve been experiencing a rollercoaster of emotions lately, just like the Cincinnati Bengals. We feel for you Libra, not a lot has gone your way. The Bengals feel your pain too. They thought they had their franchise quarterback. He took them to the playoffs once, but has fallen short too many times and will soon be looking to rebuild and refocus. Life may not be looking up for you right now, Libra, but maybe you should take some time to reevaluate and reflect. Then, jump back on the horse!

Dramatic and bold, you and the Dallas Cowboys align perfectly, Scorpio. “America’s Team” had an all-star 2016 season, but this year, the team was plagued by the loss of star running back Ezekiel Elliott, an Ohio State alum. Not even the 2016 Offensive Rookie of the Year Dak Prescott could save them. Just like the team, who quickly became the center of attention on ESPN, you also like the limelight.  But don’t fret, Scorpio, take Dallas’ subpar season (a 9-7 record) and keep rocking the crop tops!!

The first ranked team in the NFC North enjoyed a spectacular season with hopes of a Super Bowl appearance. Unfortunately, a loss to the Eagles (thanks Virgo) spoiled their chances, but with their innate Sagittarius spirit, the 2018 season could be their year. You share the same enthusiastic nature and wild heart, meaning you and the Vikings are about to kill it. Take any hardship you’re currently experiencing and use that as motivation to make the best comeback of 2018 (example: Super Bowl LIII).

Oh Capricorn. My sincerest apologies for the heartbreak you’re experiencing right now. We know you’re used to getting your way, but Super LII just wasn’t your game. But, in the spirit of the Browns, there’s always next year!!! In reality, we know deep down you’re the best, as your confidence and boastful nature never lets us forget that. Secretly, we all want to be you, so keep doing you. At the end of the day, your success outranks the haters.

The adaptable and dependable Green Bay Packers correspond directly with your sensible and fluid soul. With the composure of quarterback Aaron Rodgers and quirkiness of linebacker Clay Matthews, you exude a combination of practicality and eccentricity. You bounce back from adversity, just like the Packers without Rodgers, who suffered a fractured collarbone. All in all, you’ve got it together, Aquarius, and we respect you for it.

As an emotional person, you and the Carolina Panthers seem to match seamlessly. The Panthers, known for their 15-1 2015 season, were plagued with two season-ending concussions in 2016 (Michael Oher and Luke Kuechly). However, like key playmakers Cam Newton and Greg Olsen, you don’t shy away from hardship. 2017 was all about regrowth, and in 2018, the tide will flow back to that unbelievable 15-1 season. Good luck, Pisces, but we doubt you’ll need it.